This research is part of the Interfaculty Research Cooperation (IRC) ['Decoding Sleep: From Neurons to Health and Mind'](https://www.sleep.unibe.ch/).

The IRC are interdisciplinary projects funded by the University of Bern in which several research groups work together to gain in-depth understanding in a research area.

This project is conducted at the Department of Physiology under the supervision of Prof. Thomas Nevian. Within the IRC Decoding Sleep, my project belongs to the subproject 'Brain Circuits of Sensory Perception during Sleep-Wake' and we work together with the lab of Prof. Antoine Adamantidis.

Every time we go to sleep, we disconnect from the world that surrounds us. Consequently, when we wake up, we barely recall any of the stimuli we received during sleep. The thalamus is known to relay peripheral sensory information to cortical regions, where information is processed and understood. During sleep, the sensory threshold of the thalamic nuclei that gate information to the cortex highly increases, severely reducing the amount of peripheral information reaching cortical areas (Edeline et al., 2000). New evidence, however, suggests that thalamo-cortical oscillations during sleep in fact contribute to the processing and learning of sensory inputs (Züst et al., 2019). For instance, recent studies have shown that both visual (Sharon and Nir, 2018) and auditory signals (Nir et al., 2015) are able to reach the cortex and be processed during sleep (Andrillon et al., 2016). These new research findings go hand in hand with the Diekelmann and Born (2010) study. The authors showed that somatosensory information gathered during wake states strengthens during specific epochs of sleep, indicating that memory consolidation of sensory experience is optimized during sleep. These findings reveal the need to define the functional anatomy of thalamo-cortical circuits underlying sensory perception during sleep and awake states. A better understanding of these circuits will shed light on their supporting role in sensory memory formation as well as in cognitive processing.

To the best of our knowledge, little research has been conducted on the thalamic gating of painful stimuli during sleep and awake. It is widely accepted that pain strongly influences sleep quality, as between 67% and 88% of chronic pain patients suffer from sleep disturbances (Cheatle et al., 2016; Finan et al., 2013). However, there is no effective treatment for chronic pain yet.

The present work aims to understand the thalamo-cortical circuits involved in thalamic gating of pain in sleep and awake states. Based on the aforementioned evidence, we hypothesize that painful stimuli can also reach the cortex and be processed during sleep. Therefore, sleep could potentially be the window during which continuous painful stimuli alter the thalamo-cortical network, causing the thalamo-cortical dysrhythmia and the highly comorbid sleep disturbances observed in chronic pain patients. In order to test this hypothesis, we will first characterize the thalamic gating of acute pain to cortical areas during the different sleep wake states in naïve mice. We will additionally work with a mouse model of chronic pain to elucidate putative disruptions of the thalamo-cortical processing of acute pain stimuli in the context of chronic pain. Previous research has shown how auditory stimulation can modify sleep oscillations (Ngo et al., 2015). By means of optogenetic manipulation of sleep circuits and auditory entrainment of brain oscillations, we aim to modify disrupted thalamo-cortical oscillations, and hence reduce the pain perception of animals in chronic pain. 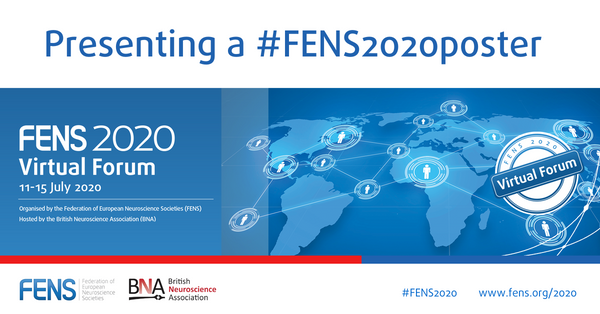 Find out more about the poster I present at FENS 2020.